I rolled back from Bermuda Friday evening. It’s the fifth time I’ve taken the trip now. I’ve been at my favorite job for 18 months  – back in New York City nearly two years.

I’ve made two new friends over the past two days. One evening involved gin and tonics, red wine … and grits. During evening number two there was 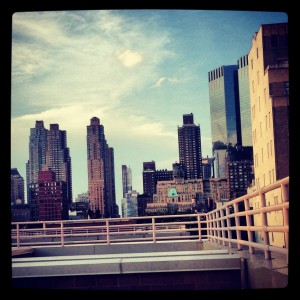 I feel steadier on my feet. I’m going to make more new friends this week.

There’s something intoxicating about running around New York City with newly discovered cult members. I met someone who has lived in nearly every US state, someone who’s shooting a movie at the moment – another person who owns a few restaurants.

When I got back from Australia, I literally locked myself in a tower and – rather than grieve the marriage I lost on the way back here – I married someone else eight months later.

That’s some REAL shiz. He made my coffee this morning. It’s lovely having company for breakfast.

Never the less, two divorces later, plus losing Henry in between, I think I’m almost settled. I didn’t think settling back into life over here would be so utterly and unbelievably out of control.

Alas, I secretly adore the chaos. Imagine the book.