Dating in New York City is truly the easiest hobby to adopt. A few weeks ago, I decided to start going on dates. When you  combine the utterly fabulous population of this town with the present orb of communication we twist in… dates, blog family. 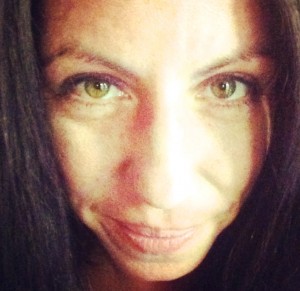 I’ve been on eight dates over the past two weeks. This is the part where my sister inserts, “BE CAREFUL GRETCHEN!” Point taken. But listen here world, take it from me – first hand. Internet land might create a lot of terribles, but in my experience, it creates even more potential wonderfuls..

I’ve stated in the past, New York City is a country within a country. The freedoms and diversity of this territory attract members of just about every creed and culture to come represent in some way, shape or form.

During my dates there have been business consultants and wine salesman, high school teachers and artists. I’ve met people from a few different continents, each with their own clear opinions about the world of ours and all keen to kick it with fellow New Yorkers ready to meet up at the drop of a dime.

And I’ll probably never see any of these people again – but damn, did I sure have a fine time during each encounter.

In all honesty, I haven’t “dated” since 2001. I was married twice in there. And when you’re married, as far as I’ve been told, you aren’t allowed to go on dates.

I guess after twelve years of being hooked to someone or the other, it’s fun being cut loose to roam a random city block with a new stranger.

Now that’s what I call research.