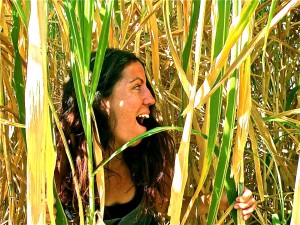 I have a confession to make. Although I was raised in the vicinity of my beloved New York City… I was not born on the East Coast.My entire gaggle of family members… all six of them… are from New Jersey. And I, the artistic black sheep that can’t seem to fit in with any sort of ‘normal’ existence that doesn’t involve my precious medium of words… was born in McHenry Illinois. A place that my sisters so affectionately refer to as Pennsly-tucky…

Every day I thank my parents for leaving Illinois when I was four and raising me seventy miles out of Manhattan. I mean, McHenry isn’t that far from Chicago. But let’s face it, Chicago is not New York City (no offense to my mid-western people).

The cool thing about where I grew up was the mix of influence I was impacted by that was all within close proximity. Like playing in the forests and tubing down rivers in Connecticut; admiring the beauty and vastness of New York City; and running wild up and down the Jersey Shore.

So now amongst the impacts, let’s add Australia… because I’ve lived there nearly a quarter of my life. Outback Australia brings 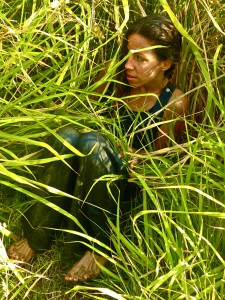 Pennsyl-tucky to an entirely new level! I’ve never lived there though, I’ve become a city dweller in my old age.

The reason I mention all of these influences is because life experience is what builds a Writer. This is part of the reason I am perpetually on the move. I’ve been reading through some work lately and am pleased with my ability to not only paint an ill urban scene… I can bring readers to the middle of a quiet forest… or an abandoned beach.

I don’t think staying in Pennsyl-tucky my whole life would have resulted to where I’m at now. But I’d still love to look into how the stars aligned when I was born… chose that for a reason.