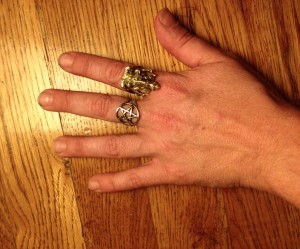 I’ve been maintaining this page for over five years. I’ve said it before, looking back can be some shiz.

Last April something happened that I’m not allowed to talk about right now. But put shortly, it dramatically changed my life. Just as much as my divorce, actually. And like my divorce, it’s something that changed me permanently, in a forever sort of way.

When I came back to New York City, it wasn’t because I had to, or really wanted to, leave Australia. I’ll always consider Australia home, and sooner or later I’ll return. I left to get away from someone who took me for granted and treated me disgustingly for a few years.

Regardless of what my first husband took from me, there are things that stayed. Pieces of me that I thought were pieces of “us” but turned out to have nothing to do with him – specifically, the retreat that I’ve been on about since far before the blah-g. 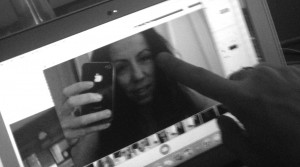 Some of our hardcore cult-ers might remember the byline to the first heading of the FollowMeToNYC site: proceeds will fund healing retreats.

Coming back to the city and being a Wall Street executive for a few years, literally getting flown overseas for meetings and what not, was unbelievable. I learned more working in three years than any school ever taught me.

Incredible. Particularly considering that all I ever wanted to do was open a healing retreat… 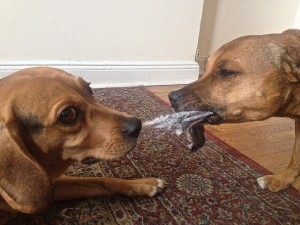 My professional drive has always been fueled by the reality of needing dinero to open the love center. Hence the business partner shot I took in January, which dissipated along with the weirdo I thought might help.

Put short, my dream’s been on the back-burner since I came to Manhattan with the sudden reality of being totally alone and on my own after nearly a decade spent as a pair of something. Something that I learned wasn’t really much at all.

On Saturday I’m going to visit a place where animals roam, people celebrate regularly and the sky stretches to where it holds everything beneath it in a way that reminds you how to feel the presence  we all have within it.

It’s been fun living in the city. Running around, working like mad, devouring every aspect that Manhattan offers. But at the end of the day, it’s just not me anymore. Too much happened to change who I am. It was hard for awhile, but I learned that nothing can get you back to the Source until everything layered over it is stripped away.

Nothing is in stone so I don’t have anymore details yet. I’m still experiencing them unravel around me.

And it is pretty bloody unbelievable, to be honest. In the absolute, complete, most divinely wonderful way.