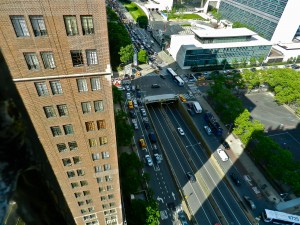 Mona is a young girl with… nobody.

Mona has always been a very lonely girl.

Mona inherited eyes the color of the Irish Sea from an uncle named Patrick with a fondness for whiskey and a habit of women. Women like the black braided Brigitte.

Brigitte paints sky portraits of the places she sees whenever she visits far away lands. Her most recent collection, the Patrick’s Heart series, can presently be viewed in Amsterdam.

Mona’s father Kyle shattered at the reflective discovery of his baby’s eyes. It was the wrong mirror. His wife never denied or confirmed anything about her relationship with Patrick. She drove her ’87 Camaro over the edge of a sharp turn on Mona’s one week birthday.

She used to talk about running away to Vegas. She was born with Rockette legs.

Uncle Patrick takes care of Mona. He cares for her in that way where words to exchange love are not required or expressed. He reads her two stories before she goes to sleep every night.

They both loved her very much.

Mona doesn’t feel like she’s been away for long. She enters the kitchen to hear Uncle Patrick say, ‘It’s like I can still feel her in my arms.’ Cracked aqua paint splinters down thin walls. ‘She knows to call by now.’

Patrick is within the safety of a familiar place yet still can’t seem to gain his bearings.

Mona is seven years old and knows her phone number by heart. She is a clever, quick-witted child. Although she’s only had two school teachers so far, they both told Uncle Patrick and Brigitte how very bright she is.

Brigitte is staring blankly at Mona and painting. Her vision goes in and out of focus, things are blurry like opening your eyes under water.

Mona isn’t sure if she’s meant to smile or look sad.

‘I went to the school,’ says Patrick pacing in counter clockwise circles around Brigitte. ‘I picked her up at school and the teacher said…’

‘I won the spelling bee!’ says Mona abruptly and out of sorts. An unfamiliar hush snowballs in the background through a crescendoed ‘Shhhhhhhh!’

Why won’t either of them listen to me?

Brigitte reaches for a slender brush that she slides across a shallow plate of red paint. Patrick usually reprimands Brigitte for her practice of using salad plates as palettes, today he doesn’t seem to notice. Nor does he take any notice of the red slashes Brigitte begins scarring across her latest portrait of Mona.

Mona has never understood Brigitte’s art. She walks over to the refrigerator to get a glass of water. The distant voice calls once again. 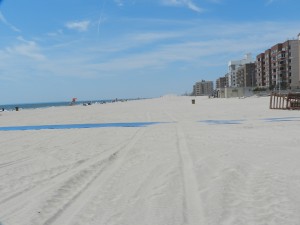 ‘Hurry on up and get your drink sweetie! Daddy’s just gonna let Uncle Patrick and his friend know you’re safe!’

The water is cold on Mona’s lips and stings her teeth.

Outside of the house Kyle is dropping two bodies down the deep well he once helped his brother dig. He follows up the thud of Patrick’s body with the final smash of a black pair of braids.

He’s comforted that Mona does not seem afraid and begins to daydream about a new life with his daughter.

A shriek of fear erupts from the kitchen.

One thought on “mona’s ocean”