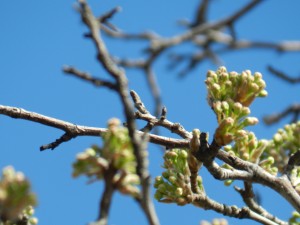 When I first saw you, you were standing in Tullamarine airport, holding a two pound hunk of rose quartz. Prior to my focus landing on your salt water locks and rainforest stare, the stranger I flew 10,000 miles to familiarize with, to remember, a school of other thoughts raced through my mind.

Tullamarine? Really? I’m from New York… we only speak Kennedy.

No one knows where I am right now. And I’m never going back. Not ever.

Southern hemisphere atmosphere sticks to your skin differently than being up north. Hot Christmases and summer vacations in February. I felt claustrophobic, like I wanted to wipe it off. I felt lost without the perpetual prickle of skyscraper shade. I never left New York City before.

What was I doing in Australia?

Instead, you placed a cool, jagged stone in my hand and smiled in a way that invited the first lie between us. That’s when I learned how I manage intimidation. Because like the breadth of the Melbourne atmosphere, intimidation was nothing I had ever felt prior. And so it began.

“Wow, it’s really nice to finally meet you. I can’t believe how my eyes are tearing, it must be from being on a plane for so long. They’re probably dry.”

You looked down from the seven inches you tower above me and responded. You never thought I would actually take the flight. It never occurred to you that someone you met online in a holistic healing chatroom would abandon their life for three months to come see about you. You were sweating, evidently.

“It’s nice meeting you. I know what you mean, I’m sweating in here. The bloody a/c’s probably busted.”

2 thoughts on “an airport encounter”