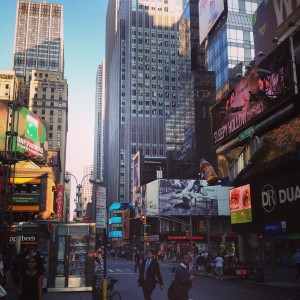 It occured to me this morning that last Monday, which was Labor Day here in the States, was my three year anniversary of being back.

In the past three years, aside from all the junky things that occurred in the midst of a nervous breakdown that my ex-husband packaged up for me on the way out the door; some of my most favorite things also happened.

I landed a perfect job as Writer Extraordinare; I managed to swing my own one bedroom in Hell’s Kitchen with two furry creatures; I’m halfway through “the” novel which will be the strongest I’ve done to date; and I have written some of the best poetry I’ve done, which will have it’s own “lost words” special edition coming after Novel is complete. Oh, and also, someone appeared in my life a few weeks ago, seemingly the most legit spirit I’ve 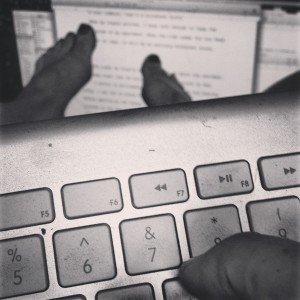 It’s been a hell of a three years.

With birthday nigh, I am scampering off to the forest where the moon is big and fat and the stars don’t stop. I’m going to ride there for three days and book book book. My goal is for Novel to be done by the end of the year. I’m in pretty dope shape.

Actually, I should clarify, my writing is in dope shape. My body is a mess after kung fu training last week. It was literally four days ago, and I still cannot walk properly. Starting next week I’ll be going twice a week. I’m looking forward to having my body back. I really beat myself up for a minute.

I don’t think I want to do that anymore. I can’t tell you how refreshing that is.