These four words are the top four google searches that have directed people to my webpage… LOL!!! As my Aussie tribe would say …On ya Google!

It’s comforting to see my literary potential being discovered by fellow appreciators of the word ‘suck’. And as someone with four sisters of my own, I’d rather not think about the premise one might google ‘sucky sisters’… they mus 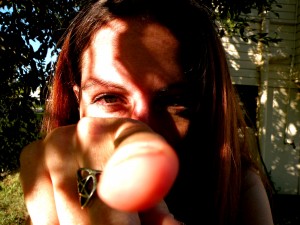 t have been trying to find the Kardashians.

And furthermore… we all know how much I love idiot celebrities that use their influence on the soft-minded to sell products. I threw up in my mouth the other night around 3am when a diet pill commercial came on where two 90% naked Kardashian sisters with wet, plastic bodies told females across the nation to pop a dangerous drug to feel better about themselves.

It makes me sick.

To speak out loud of his profound affect,
my stuttering words tangle crossing lips.
Regardless of medium I select,
descriptions can’t capture my rolling hips;
ways that I move approached by his essence.
Surrounded. Sudden. An overwhelmed state.
Electric shock of a certain presence.
Hooked, reeled, and captured from dangling bait.
Imagine witchcraft, spells of seduction.
Chanting and twirls when the moon is waxing.
Boiling your pot to fiery eruption.
Sacrificed memories of relaxing.
An unexpected waking from deep sleep,
true love is always a secret to keep.