Humans are often entertained by the bubble I reside in. Regardless if I am rolling in the faraway land of Australia or squatting in 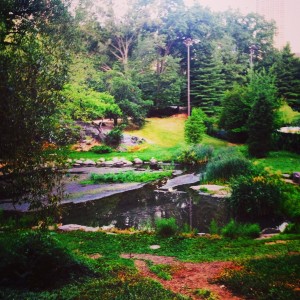 central  New York City, between the glow of Times Square and breeze of Central Park, I make a point to not know too much about what’s going on.

I watched a date of mine awkwardly squirm over his escargot last week trying to explain to me what the ice bucket challenge is. If you don’t know, congratulations. Apparently I had a really good run at not having any clue about it. The benefits of not having Facebook we decided.

While I stay knee deep in reading things relevant to what I do at work, outside of my job, I’m all set with the news, thanks. I also don’t read a lot of creative work written by other people – especially not when I’m heavy into a project. 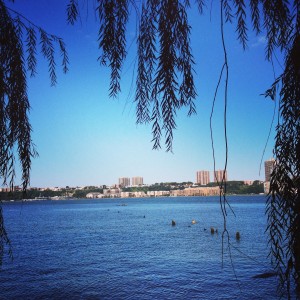 I’ve been residing in FolllowMeToNYC land for nearly five years and watched my work develop to where I proudly present recent pieces today. Something else that makes me smile, is the number of other blogs by Writers I’ve seen pop up over the past five years. I don’t read them, but I like seeing other word nerds use the kingdom of blahgville to be heard. I prefer to stay in my bubble.

I’ve said it before, I think there’s a collection of creators that inadvertently sound like what they like to read or who they’d like to be. To avoid this happening to me, I stay focused on my own work – which is a direct reaction to my emotional body surviving in the mysterious land of Earth.

I guess it helps too when your bubble is smack in the middle of one of the greatest cities on the planet. I’m spoiled in that regard. I’ve been making out with New York City tons lately. She’ll always be my favorite girl.