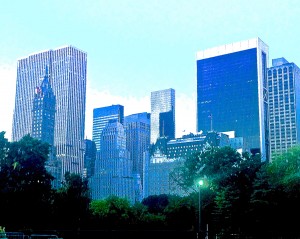 I decide to start to collecting lovers again. With a smart phone, in New York City, it’s simple. www.click.person.

The first response comes from Kentucky, but he was actually born in Washington State. “I grew up in Indiana though.” He owns a tattoo studio in Harlem. “And I deal drugs.”

I wonder if he knew that I do days as a chief officer, he would still be so blunt. Not that it makes any difference to me. In my experience, selling them when you’re on them usually turns into an economic catastrophe. And he seems like a walking disaster.

We’re in some trendy vegan cafe in Hell’s Kitchen. A fat girl next to us turns to her companion and says, “That’s why everyone hates J.P. Morgan Chase. They like, caused the financial crisis.”

Before I worked on Wall Street, I had no exposure to economic anything – quite deliberately. I hid in Australia, with you. Reading hands and flipping cards.

I knew from the day we met it would be impossible to last. I just never before realized how sooner you checked out than me. Probably after year three. I didn’t snap until number eight.

I hold back a chuckle and make small talk with the drug dealer. He talks through his nose and speaks very slowly. When we leave, and I can see the girls are out of sight, I say, “Did you hear that girl talking about how everyone hates J.P. Morgan because they caused the financial crisis?”

I look down at the Drug Dealer’s token new Nike’s. I want to ask if he knows that Nike stock closed at $69.37 today. I want to ask if that has any type of fiscal significance to him, or if he’s just another one of those hipsters that would rather blame institutions instead of humans for the monetary woes of this planet. I want to ask who he thinks the Cambodian factory workers, who made his shoes for a monthly wage less than what he paid, think caused the financial crisis.

“A lot of things caused it,” is all I say. “Like corruption, Australia totally missed it somehow. It was weird.”

We walk silently back to my apartment and awkwardly hug goodbye.