Yesterday afternoon I learned of Guru’s passing and send love and respect to his family. RIP Guru. 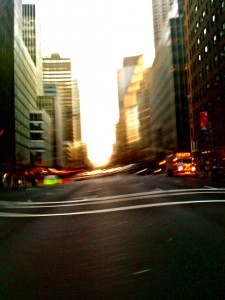 Listening to Jazzmatazz and considering Guru’s legacy  and eternal art that influenced hip hop in all sorts of fresh ways – I started contemplating art in general and the way it evolves.

Every Artist, whether using music, language, film, paint or any of the artistic mediums (there are far too many to count) will improve with time and practice. This ‘improvement’ in my opinion, doesn’t necessarily relate to ‘getting better’. I view it as a true evolution of expression. The unravelling of an Artist’s soul, really.

I don’t think there is anything greater that an Artist can achieve beyond becoming part of someone’s life through their creations. I think that’s a huge part of Art. It isn’t just about expressing a feeling or reflecting a culture…

Art is something that offers humans unique opportunity to connect with a world you thought was full of strangers, a place you may have believed no one else experiences in similar ways. Art can bring two unlikely people together or the closest couple in deep debate. It gets people thinking and feeling.

When I consider how my favorite Artists seem to build the world around me and construct the history I’ve lived so far… it’s no wonder the idea of doing anything other than trying to contribute to what I so passionately believe in makes me want to yak.

Some poetry from my morning…

not about. existing
as one. they crossed
water and mountains.
touch what’s
felt. holding inside.
selfless love escapes.
in your breath.
an oozing embrace.
scented with sandalwood.
sounding like tschaikowsky.
dreams.
behind now.
unconscious.
inclination.