In case I haven’t been clear, I dislike politics.

The only reason I don’t say ‘hate’ is because maybe one day when I’m not so busy trying to construct a career that doesn’t involve mindlessly feeding a system I despise… I might run for office.

It makes no difference if I’m in the US with a ‘democratic’ system or in AUS trying to get my head around the westminster structure… governments waste the public’s hard earned dollars and are infected with corruption. 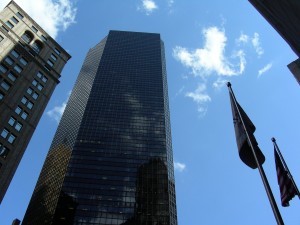 York Times refers to as a ‘glittering gala’ continuing with ‘The evening was a potent mix of politics, diplomacy and glamour…’

Are you kidding me?

Apparently each president gets to choose how many of these parties to throw. During his time George W. Bush threw six… and (SURPRISE SURPRISE)… the Clintons threw twenthy. This was Obama’s first one so I’ll be interested to see how many more he throws.

The spectacle attracted 320 guests… like Steven Spielberg. Few! I was really concerned that Steve wasn’t going to be able to throw in his two cents on international policy.

Also in attendance was A.R Rahman, the Indian composer that wrote the score for Slumdog Millionaire. I wonder how many people in the slums of India could have been fed or received medical care for the cost of the ordeal?

And PS. to the author of the NY Times article I keep referencing, I’m not sure where you studied vegetarianism. However, a ‘meatless menu’ does not contain ‘curried prawns’, as you say.