I escaped to my parents’ for the weekend. These country dips to visit the creatures that created yours truly are half of why 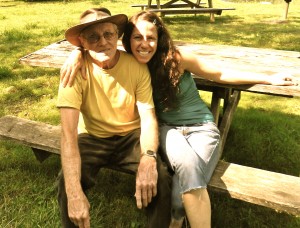 I left Australia to come back to New York City.

All kinds of insanity has happened in the past 10 months since I’ve returned to the land of USA. Three of my four sisters stopped speaking to me, I had the craziest nervous breakdown of this life so far and I’ve had to readjust to a hemisphere I abandoned in 2002 because it simply became too much.

On the flipside, I met one of the most amazing people I have encountered, I landed the most spectacular Writer job I could ask 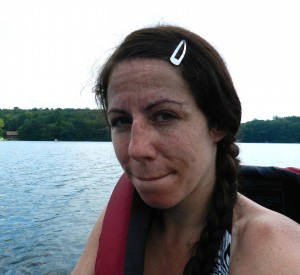 for and I’ve somehow managed to swing an independent existence in the smack center of New York City.

Still, being a temperamental alien artist with too many thoughts and more
words than I could ever count, I value time taken to return to the source of me. What makes me.

I spent the day at the lake with my Mom and Dad. I rowed around, scribbled in in my notebook and gobbled fresh fruit, goat cheese and other favorite goodies that only your parents know you love. I tanned my skin and listened to birds. I buried my feet in sand and swam around.

I haven’t felt stable for at least six months. I think missing the puppies and the perpetual presence of yet another move 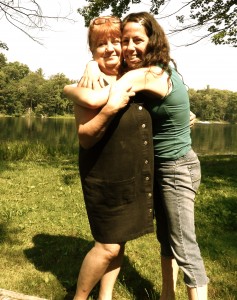 has had me a bit of everywhere and nowhere at the same time.

Being in the house I grew up in always brings a unique inspiration. I breathe easier. I remember what makes me the most. In addition to the two responsible creatures, my writing makes me.

I’m off to whip words. I’ll also be getting into something called Wattpad that Chris put me onto.

I’ve been back nearly twelve months. I guess this is all part of shedding old and inviting new. At least I feel better. It’s been longer than I can recall… but boy does a single sweep of familiarity go a super long way.