Most of you are aware of mangy Fronkles  – who I rescued over the summer, from a 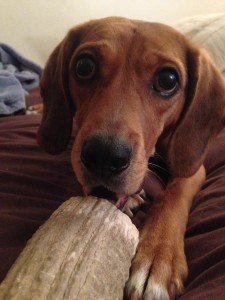 Fronkles is the first New York City pound dog I saved. I can only imagine the conditions he was in. I never thought about mange before, because I never rescued a neglected puppy before. From the research I’e done, mange makes perfect sense. Frankie was in disgusting conditions, probably never had proper shots and had a greasy/dandruffy coat when I brought him home. I told the vets all of this. Here’s what they had to say:

The first time I went to Hudson Animal Hospital in September, to discus Fronkles’s persistent itching, they charged me $85 and said, “Give him a bath. Want to buy our special shampoo? It will cost extra. Maybe run some allergy tests? They’re like $500.” 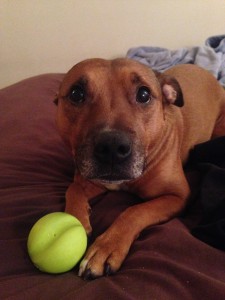 When the itching wouldn’t stop, after a series of my own theories and remedies (and yes, bathing was one of them), I brought him back there. This time they charged $230 to say, “We don’t know, you can pay us like another three bills for some tests, or try a specialist.”

Now it’s December and I’m at Blue Pearl Veterinary Partners. Here’s the punchline. Peanut came to the vet with Fronkles and I, naturally. The desk girl asks who has the appointment and I say, “Fronkles. But Peanut has whatever he has too. So do I at this point.”

And she’s all, “That means two appointments.”

In the end, the “Specialist” had no idea. She told me to give Peanut antibiotics, to which 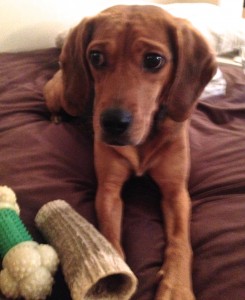 I said, “Really? The United States of America over-medicates pets the same as the rest of the ‘health’ system?”

Then the Vet said, “Oh. You’re using a Lyme Sulfur dip to treat them? Yeah. Keep doing that, like four times. If it doesn’t work. Come back.”

Needless to say, Peanut has not had a single antibiotic. And the red scab from whatever grubblies she’s battling that Fronkles brought to the crib has healed.

Oh, worth mentioning that Hudson Animal Hospital tried to feed Fronkles antibiotics too. Brought them home. Didn’t give them to him.

The reason that these two vets suck, in my opinion, is that neither one of them had any 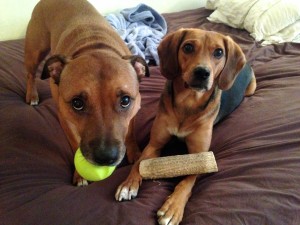 F–CKING idea what Fronkles has. However, through my own research, I have come to learn that he has every single symptom of some type of microscopic grubbly. And that such grubblies are visible under microscopes about 20% of the time only.

Neither Vet disclosed this to me. They both took my credit card after literally providing no diagnosis. Instead, they prescribed unnecessary medication to make themselves feel like they did something.

I understand everyone has to make a living. But there is a point where ethics should really come into play. I don’t believe either one of these vets acted ethically or sincerely cared about helping poor Frankie. And it was wrong of them to charge completely astronomical costs to tell me nothing at all.

Moral of the story: Trust your gut. And to the vets, maybe consider a half-off deal if you send a visitor home to keep figuring everything out herself.

Oh! And to everyone that’s been emailing to ask – he IS doing better and the Sulfur dip IS working. Thank goodness for Google and Amazon sometimes. x o x